The idea was to create some sort of visual representation of all negative emotions/facts in a Bangladeshi newspaper, The Daily Star. By negative emotions here I mean news regarding death, accidents, robbery, abduction, rape, bribing, arson and any natural calamity.

Following are images that are in the first installment of the series Abyss. Abyss is one of my efforts to visualize emotions/facts through computational art. The images were programmed and generated using Mathematica.

Each circle represents the crime, disaster and calamity news per district or municipal cities every three months, starting from September 2007 to June 2012. Each bar in a circle represents a city or a district, with its angle and height being proportional to the number of such news reported by Daily Star for that region. A sequence of circles thus represents a timeline of negative emotions going from the present to the past. 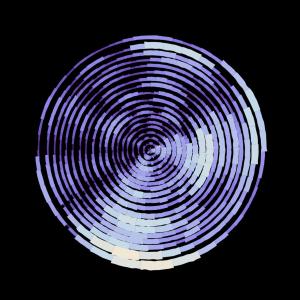 Abyss 1. A timeline of crime news reported for the districts of Bangladesh. 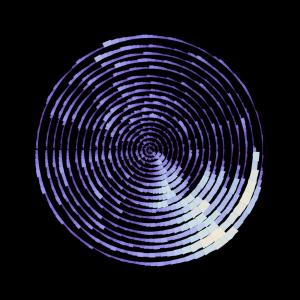 Abyss 2. Timeline of crime news reported for all cities of Bangladesh. 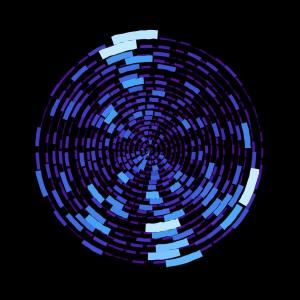 Abyss 3. Timeline of crime news reported for all the municipal cities of Bangladesh.

Method: The data were collected by parsing through the online archive of Daily Star. The online archive data were downloaded using Mathematica for each date and the news were matched against a set of predefined words (along with their inflected forms) to separate the crime/disaster reports, then these selected news were parsed again to look for cities and district names in them. The names of cities and districts were parsed from this website.

A matrix containing the count for each city/district (columns) every three months (rows) was updated at each iteration of this parsing. The data in the matrix is then visualized as described above. All of these operations and visualization were done using Mathematica.